Best Clout Glasses For You To Try Out (2020 Guide)

January 4, 2020
BestyBesty > Blog > Fashion > Best Clout Glasses
We hope you really enjoy the products we recommend! We do our best to be honest and transparent when it comes to our reviews. As a reminder, BestyBesty may collect a share of sales or compensation from the links on our site.
2020-01-04 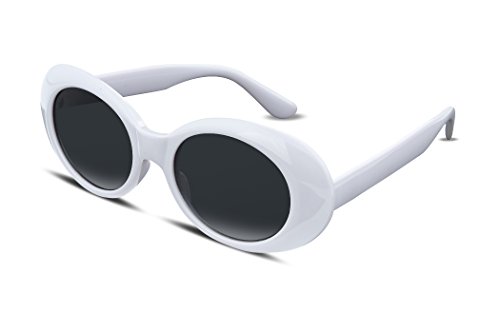 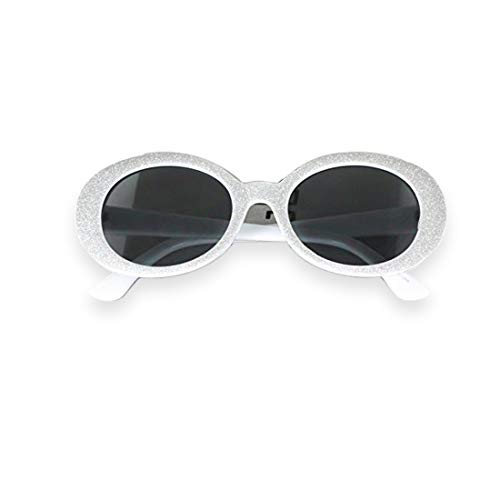 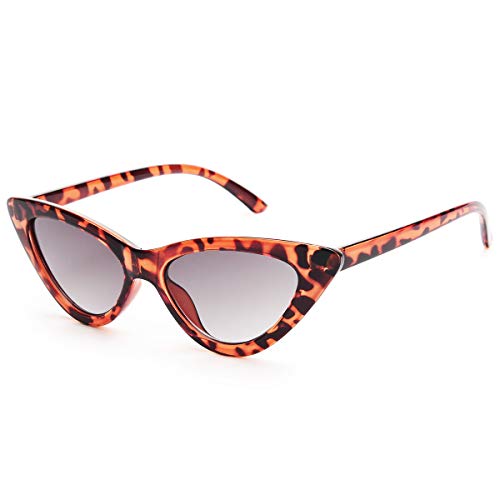 Clout glasses have become a popular eyewear trend lately, but they’re not exactly the modern invention. These large glasses with round, white frames, and dark lenses were also worn by Kurt Cobain in the 1990s, but are also popular among rappers. In fact, rapper Denzel Curry wore them in one of his YouTube videos after which they have become a major trend. Clot glasses are stylish, kind of romantic, but also edgy and wild at the same time. Men and women can rock these glasses effortlessly. In this post, we’re going to take a look at the best clout glasses and how to choose the right ones.

Feisedy is a brand that specializes in stylish sunglasses made of the finest materials. Their independent design team develops personalized products based on current trends. The brand has a vast selection of sunglasses of different shapes and sizes meaning everyone can find an ideal pair based on their style and personal preferences. If you’re looking for classic clout glasses like the ones that Kurt Cobain rocked effortlessly, then Feisedy’s clout goggles are the item you need.

Not only are they suitable for women, but girls as well. Adults and kids alike can pull them off with ease. The brand dubs them as an ideal choice for outdoor activities such as driving, walking, shopping, traveling, you name it. These particular clout glasses can fit into any outfit choice ranging from everyday wear to some fashionable high-end ensemble – we also found them to be the best clout glasses on our list. The oval stereo smooth texture design makes these goggles comfortable to wear throughout the day.

If you hate that uncomfortable feeling like sunglasses are squeezing your head after a few hours of wearing them, then you’ll love these clout goggles because they will allow you to avoid all that hassle. As far as dimensions are concerned, these sunglasses are a standard with 2 inches lens width, 1.69 inches lens height, and 1.02 inches lens bridge. The frame width is 70mm or 2.76 inches, while frame height and temple width are 55mm or 2.16 inches and 139mm or 5.51 inches respectively.

Second on our list of the best clout glasses would be the Juslink Bold Retro Oval Mod Thick Frame Sunglasses. In order to gain more customers brands design sunglasses of different shapes and sizes. They may even make a change or two in a classic design with a goal to appeal to more people. However, if you’re looking for that retro look, then Juslink’s clout goggles could come handy.

In addition to their retro and classic look, these goggles also have a plastic frame which is definitely a good thing. Why? For starters, plastic frames are available in a different set of colors thus allowing you to choose the favorite shade and rock it with your outfit. That being said, it’s also worth mentioning that plastic sunglasses are resistant to chemical erosion. Compared to other materials such as metal, plastic frames don’t rust because of sweat. At the same time, they are hypoallergenic and lightweight.

Juslink’s clout glasses also have composite lenses which are generally thin, lightweight, and impact-resistant. When it comes to dimensions, these goggles have a lens width of 50mm and lens height of 40mm. To protect your eyes and skin around them from harmful sun’s UV rays, these glasses also come with UV400 protection. They’re able to defend you from UVA and UVB rays and thus protect your vision and keep you looking youthful.

When it comes to clout glasses, you don’t have to stick to the retro and classic shape and style, if you don’t want. You can spice things up and try out different styles, depending on your personal preferences, of course. For example, cat eye sunglasses are popular among girls and women lately but what many people don’t know is that you can buy clout goggles in this shape as well.

Livho’s retro vintage narrow cat eye sunglasses are a perfect example of clouts with a girly twist. Their frame is plastic meaning these sunglasses are not prone to rust, and there won’t be that frustrating burning sensation when weather is hot outside. The composite lens is non-polarized, and they come in width of 58mm.

What makes these sunglasses so amazing is their sturdy, unbreakable PVC frame paired with colorful flash-mirrored retro lenses both of which, as mentioned above, carry a number of benefits on their own. Nose pads are comfortable and won’t cause any unpleasantness that usually comes when we wear sunglasses for a few hours. For extra durability and support, these cat-eye clout goggles feature solid metal hinges and exquisite temples. Designed specifically to protect you when outdoor, these goggles have UV400 protection capable of defending delicate skin around eyes from dangerous sun’s rays. The slim design fits perfectly into a Parisian chic outfit that many girls and women simply adore.

Nirvana’s singer, legendary Curt Kobain, was not only a great vocalist and songwriter but also a style icon. During his life and beyond, Kobain inspired millions of people who started dressing like him and imitating his style. So, it comes as no wonder why the most popular clouts are the ones he rocked. Thanks to brands like LTD Commerce you can have exactly the same glasses and pay homage to the late rocker. Let’s not forget this style is also popular among rap population as well. They’re seen as hip, trendy, and cool.

These particular glasses have a plastic frame. Wearing them throughout the day won’t be uncomfortable, but at the same time, the plastic frame will not change its color and become unappealing after some time. This isn’t the case with metal frames, as you’re well aware. As far as lenses are concerned, they are composite and come in width of 50mm. Rounded oval-shaped frame and round lenses in neutral hues are ideal for people who love to stand out, but the same time they prefer convenient items they can easily pair with various outfit choices. Reinforced hinges make these clout goggles durable. If you’ve ever been annoyed with weak glasses that break all the time, then these clouts will be a great change.

The last of the best clout glasses we are sharing is the Elite Glasses Clout Goggles. You’re not into standard sunglasses that everyone else is wearing? We understand you entirely. There’s nothing wrong in stand out and being unique. Elite Glasses designed awesome clout goggles that you’ll definitely want to own. Bearing in mind that people love flashy items, they released glitter-like clouts that simply scream “buy me.” It’s impossible not to look stylish when wrong these sunglasses. So, what’s so special about them? First, they have that classic clout glasses shape, i.e., round and oval with a wide frame. Second, they come in a variety of colors and designs, but the glitter is particularly amazing. Wearing these goggles can make you feel like you’re on a runway or, even better, in a rap video.

The frame is made of plastic, but lenses are polycarbonated. What many people don’t know is that polycarbonate lenses are up to ten times more impact resistant than plastic and glass lenses and they also happen to provide better protection against the sun’s harmful UV rays. So, it’s definitely a good thing these stylish goggles have high-quality lenses that not only look great but also protect you better than other types of lenses. Speaking of lenses, their width is 51mm and height 41mm while the bridge is 17mm.

Clout goggles are unique, stylish, and incredibly popular. They are not some novel trend, actually. As mentioned above, Curt Kobain rocked these glasses back in the 1990s, and his fans did the same. For quite some time clout goggles have been a popular accessory among grunge fans. Nowadays, rappers and their fans rock these goggles too. Who could blame them? With their wide frame and oval shape, clout goggles are anything but basic. In the world filled with “basic” trends and ideas, it’s nice to stand out and wear something so unusual. What we love about clouts is that they can easily match any outfit and everyone can pull them off. At the same time, they’re unisex. Women and men can wear them with ease regardless of their personal style. For instance, a girly girl can wear clout goggles and look amazing just like some rock chick. A guy who’s into rock can look just as good as his friend who’s into rap music. They blend easily with any outfit choice and style you prefer. Throughout this post, you had the opportunity to read more about the best clout glasses, but also to learn how to find a perfect pair. Now, you just need to find your clout goggles and give in to their incredible vibe.

In a Hurry to buy Best Clout Glasses?