Best Jackbox Party Pack: Get Your Game On Tonight (2020)

January 23, 2020
BestyBesty > Blog > Fun & Games > Gaming > Party Games > Best Jackbox Party Pack
We hope you really enjoy the products we recommend! We do our best to be honest and transparent when it comes to our reviews. As a reminder, BestyBesty may collect a share of sales or compensation from the links on our site.
2020-01-23 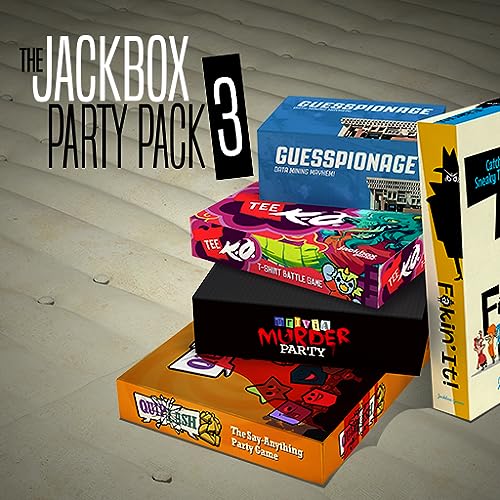 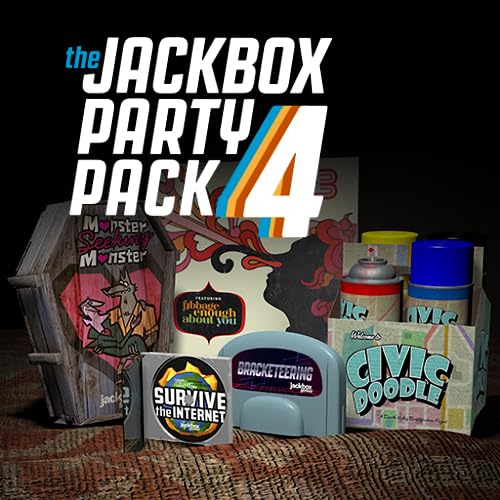 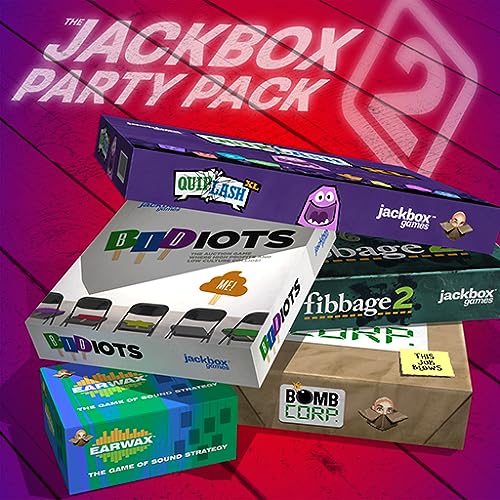 Social gatherings often call for a game or two, such as when you get together with a few friends. With the best Jackbox Party Pack by your side, you can stop those boring conversations and spice things up. With so many options to choose from, however, things can quickly become confusing.

Best For: A Great Variety Of Games

Our selection for the best jackbox party pack when it comes to the various options that are available from the Jackbox brand would be box number three, also called the “threequel” set. This one comes with five brand new games from Jackbox that will add a lot of fun to your party – and some of the games in this set are the top-rated ones when we look at how people tend to rate the games that are made by this particular company.

The games that are included in the Jackbox Party Pack 3 set consists of the following:
• Quiplash 2 – this is a game based on questions and allows a minimum of three players to join in, with a maximum of eight players supported by the game.
• Trivia Murder Party – One of the best trivia games by the Jackbox company where you play against a “trivia-obsessed killer,” as stated by the brand. This game supports a minimum of one single player and a maximum number of eight players at a time.
• Guesspionage – A guessing game that will really make everyone who plays think twice about answering. This game requires a minimum of two players to get started. Up to eight players can join in, however.
• Tee K.O. – Each player designs their own custom shirts and then enters battles of death. This game requires three people to join in before the game can start. The game also supports up to eight players in a single game.
• Fakin ‘It – The last game that is part of this great bundle – one friend hides something, and the others need to find it. The game supports between three and six players. Bring a keyboard piano to the next party and you are all set up.

Best For: A Night Filled With Strategy Games

Next up is the Jackbox Party Pack 2, the second version of the popular party pack range that was developed by this company. The pack also features a total of five games that were included to ensure a good variety of categories are provided, which helps to satisfy every person at the occasion – whether they are in the mood for some trivia or would rather solve some mysteries. There really is something for everyone in this game pack too.

Let’s take a look at the variety of games that you get access to when you decide to buy the Jackbox Party Pack 2:
• Fibbage 2 – The sequel to the original Fibbage that came with the first release of the Jackbox Party Pack, featuring more than 500 new questions. The game supports between two and eight players at a time.
• Earwax – If you want to laugh it up at your next party, then this game is great for you – a sound-effect guessing game. Earwax supports a minimum of three players, but up to eight can join in at the same time.
• Bidiots – Draw and then auction off your paintings – a great game to show off your creative side. The game supports three to six players.
• Quiplash XL – A combination of the original Quiplash, along with the Quip Pack 1 and additional content. With this game, three to eight players can join in on the fun.
• Bomb Corp – Get everyone involved in defusing a bomb – virtually, that is. You can join in alone or play with up to four players at a time.

Best For: Up To Eight Players

The fourth installment in the Jackbox Party Pack series, offering players access to five games, along with an additional add-on for one of the included titles. The party pack is great for people looking to have more variety in the room, while also providing games that can support a higher number of active players at a time, compared to the games that are included in the other party packs we have looked at.

These are the games you get when you decide to buy Jackbox Party Pack 4:
• Fibbage 3 – Yet another sequel to the popular Fibbage game. This one also includes the add-on “Fibbage: Enough About You.” The game supports two players minimum and up to eight players.
• Survive the Internet – Get ready to twist comments made by your friends. This game requires at least three players and has support for up to eight.
• Monster seeking Monster – Start dating other monsters in the room, each with their own unique powers. You will also need to be at least three people to play the game – a maximum of seven can join in.
• Bracketeering – A game where stupid arguments are matched with smart bets. This is a great game for a larger party, with support for up to 16 players during a single game. You need a minimum of three players to play.
• Civic Doodle – A great game for art lovers and the creative ones in the room. This game allows three to eight players to join in at a time.

Best For: Hitting Up A More Modern Selection Of Games

The latest addition to the series would be the Jackbox Party Pack 5. This is the largest collection thus far and includes a range of games that will help you keep the fun rolling during your hangout with your friends. The pack also comes with five great games, including a couple of options that you can play when no friends are around to join in.

The games that are part of the Jackbox Party Pack 5 edition include:
• You Don’t Know Jack – A pop-culture game that is excellent for those who enjoy trivia fun. This game is perfect if you wish to play alone but also allows you to play with up to eight participants at a time.
• Split the Room – This game creates a number of hypothetical situations that will get everyone thinking. The game needs three or more people to play, with maximum support for eight players.
• Mad Verse City – How about being rap artists for the night? Mad Verse City is a fun and exciting lyric writing addition to this game collection. You will need three to eight players to get going with Mad Verse City.
• Patently Stupid – A drawing game that can get quite competitive. As with many of the other games in this pack, Patently Stupid needs three to eight players.
• Zeeple Dome – How about switching things up by adding some aliens to the night? This is a game show that will let you win Zubabucks. You can join in as a single player or get the fun rolling with support for up to six people.

Jackbox Party Packs have become very popular and offer an excellent variety of games that you can play with your friend, whether you are simply having a gathering, want to spice up a party, or are throwing a barbeque with a couple of your buddies. The Best Jackbox Party Pack will offer you the perfect variety of games that will be ideal for the particular event that you are planning.

The only problem is, there are different games in each party pack – and not all of these games will be ideal for every type of event. You need to understand the particular games that are included with each of the packs to ensure the pack you end up buying will give you and your friends the ability to all participate in a fun and exciting range of party games.

We looked at all of the party packs that the Jackbox company currently has on the market in order to see which ones are better than the rest. We then ranked the party packs to make a choice much easier for you. If you are looking to start using these packs to spice up things at your next party or hangout, then be sure to consider the ranking system that we provided you here – and do not forget to take into account the particular points that we also listed to ensure the option you choose will be appropriate for your situation. If you event want to make the party even more fun, see our guide on best diamond painting kits.

In a Hurry to buy Best Jackbox Party Pack?