January 14, 2020
BestyBesty > Blog > Safety & Security > Cameras > Best Spy Cameras
We hope you really enjoy the products we recommend! We do our best to be honest and transparent when it comes to our reviews. As a reminder, BestyBesty may collect a share of sales or compensation from the links on our site.
2020-01-14 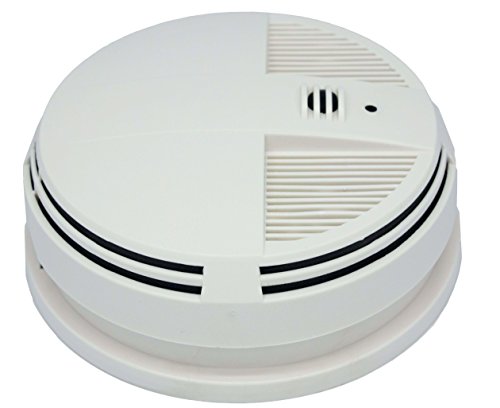 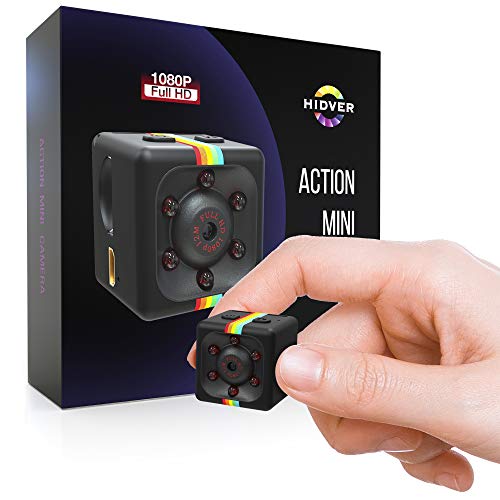 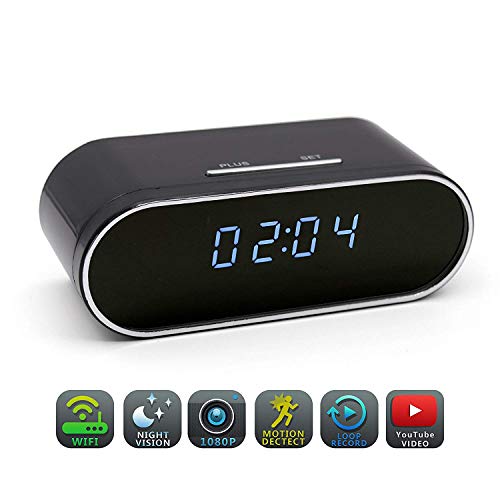 There are many reasons why you might want to buy a spy camera or a secret camera. Buying the best spy camera will ensure you can keep an eye on children, pets, domestic helpers and even intruders, from a remote location. It is important, however, to understand that not all of the products on the market today will offer you an equal experience.

The best spy camera on our list is the Spy Gadgets 4K Hidden Camera Smoke Detector. The Spy Gadgets 4K Hidden Camera Smoke Detector resembles the same product that many people rely on in cases where a fire might have started in their homes, a simple smoke detector. The product, however, includes internal hardware that allows you to have video footage of everything that happens in your home. If you are specifically looking for a nanny camera, we suggest checking our guide on best nanny cams.

This product is exceptionally easy to use, and it has a built-in motion detector to avoid wasting battery life unnecessarily. The camera can record videos in 4K resolution, providing crystal clear footage of the surroundings. Other noteworthy features include the ability to record at night, as well as the compatibility with microSD cards up to 128GB in size.

The HOSUKU Hidden Spy Camera Clock offers you two functions in one compact device. The product offers you access to the standard features that are usually included in a clock, such as a time display and an alarm feature, but it also doubles as a spy camera with a built-in hidden camera that gives you the opportunity to record and monitor any activity in the room that the clock is placed in.

The wireless connectivity features ensure you can easily connect to the device remotely, giving you the ability to observe what is going on in the room at any given time, day or night, without needing physical access to the device. The product is also one of the more affordable options on the market when it comes to spy cameras, and it can record video in 1080p HD resolution.

If your budget is very low and you still want to get your hands on a spy camera, then you should consider the Hidver Hidden Spy Camera. This camera is one of the smallest that we have found to be available right now, while also being one of the cheapest.

The small device has big features, however. It is able to record video in 1080p high-definition, and the camera comes with built-in motion detection features and can continue to record surveillance at night-time with the help of built-in LED lights. The built-in LED lights will not be visible to anyone in the surrounding area.

The Spy Gadgets 4K Hidden Camera Air Purifier is another perfect example of a spy camera system that no one will know about. The product has a very familiar shape; it resembles the fan or an air purifier.

The camera is able to record video content in 4K, providing better quality footage files than many competitor products. The system works with a microSD card, with support for memory cards with storage spaces up to 128GB. You can configure various settings on the camera by simply connecting the system to a monitor where you can choose from different modes, include motion detector opt for continuous recording.

The JCberry WiFi Hidden Spy Camera offers great quality video recording capability at a low price of less than $45. The product comes with a range of very useful features, such as the ability to record continuously.

The camera system has built-in wifi hardware that allows you to connect it to your wireless network at home. Once configured, you will be able to gain access to the camera while you are not home. The product also has a very small size, making it an ideal spy camera to be placed around the house inconspicuously.

The ZZCP Waterproof Spy Camera is a small and compact device that you can easily hide in your home. The product has an attractive price tag if you consider the fact that it comes with 1080p video recording and built-in wifi.

The $60 price tag on these features is certainly an advantage you should keep in mind. The wifi module allows you to view video footage live from your smartphone or a remote computer, but you do not have to be connected to your home network to view the surveillance. The camera also comes with built-in motion detection that can send you an alert on your mobile device, as well as the ability to record at night.

The Spy Gadgets 4K Hidden Camera Air Freshener has an attractive design and is certainly a great way to have a spy camera in your home without anyone’s knowledge. The product records video in 4K resolution and gives you the ability to view recorded footage on your television or any other monitor.

You can also access video content by removing the microSD card and placing it on your computer. The camera system is battery-operated and can be easily charged.

The plug-and-play operation also means you do not necessarily have to configure anything before you start using the spy camera. The battery has a standby time of up to 90 days. When the motion detection mode is turned on, the battery can last for quite a significant period of time.

The Wireless Hidden Spy Camera Photo Frame lets you show off your most beautiful moments with your family and record video surveillance of your living room or bedroom simultaneously. The product can record videos in 1080p quality. The camera also lets you continue to monitor your home at night with a range of built-in LED lights that give it night-vision capabilities.

Furthermore, the motion detection features give you added security and peace-of-mind when you are away from your home. This particular photo frame hidden camera system also has wireless features.

This means you can easily connect to the device using your mobile phone to view pre-recorded footage, or to monitor live footage on-the-go. This is great for times when you might be away on a business trip, or when you are at work and want to check up on what is going on back home.

The Hidden Camera Charger is a great product for upping your security at home without installing large security cameras throughout the house. The product does not only function as a hidden camera but also as a charger.

You can easily connect your mobile phone or other devices and keep them charged. This spy camera can also easily connect to your wireless network at home.

Once connected, you will be able to access the live video footage that is captured by the device using your mobile device from remote locations. Furthermore, motion detection ensures video footage can be captured upon the detection of any movement in the room.

Spy cameras can be exceptionally useful when it comes to keeping an eye on the nanny while you are not home, as well as in many other cases.

Perhaps you wish to take a look at what your pets are up to, or maybe you want to ensure that your children are safe and sound at home while you are busy with work or even on a trip out of town. For other people, a spy camera can help to detect intruders and avoid home invasion.For all the above reasons, spy camera is in high demand, and to meet this high demand, there are many products available in the market.

Not all these products are created equal, however. In order to make sure you buy the greatest spy cameras and that you don’t end up being disappointed with your purchase, you will need to pay careful attention while shopping for your spy camera and make sure you choose a camera that gives you the specific functionality that you desire.

In this post, we shared some of the best options available at the moment. We also shared a couple of useful tips that you can use to ensure you buy the spy camera that is right for you. Also, if you are worried about security of your home, we suggest taking a look at our best fingerprint door locks.

7 Items That You Can Use to Protect Yourself

In a Hurry to buy Best Spy Cameras?